In the traditional business scenario, only after manufacturing kitchens or its sample, everyone including the designers and manufacturers will be able to know the actual feel of the product.

What about customers? They must have definitely kept an eye on the product commercials. But the actual impact of the product can be felt only when a customer walks inside a store.

In this 21st century, these traditional practices are being significantly replaced and enhanced through modern technologies. Today, no one has to wait until the launch of a kitchen to actually see them. One can see it even before the production stage. This is product visualization.

Importance of Product Visualization in The Kitchen Industry

Technology is helping to create our dream kitchen interiors from the comfort of our home through web applications. From flooring to fixtures to plastered or stripped-back brick effects customers can get a clear idea of how their modern kitchen interior will look.

People in the kitchen interior business will get a ready-made database of information that can be used in the manufacturing process. This, in turn, will reduce the time it takes for a kitchen to go from the design stage to a finished product. From a consumer point of view, this is even better because the delivery time is one of the biggest influence factors in their decision-making process.

In this blog, let’s take a look at the fascinating technology that is used to create such awesome kitchen websites.

As e-commerce is evolving at a rapid phase, anything is possible. This is exciting news for web development companies like ColorWhistle. Nowadays, shoppers are increasingly using an online product configurator to design and customize their own products.

According to The Montley Fool podcast, a custom-designed product ‘sells at a 30% to 50% premium over what you might buy in a store’

Customers become completely invested in what they make through the product configurator which in turn creates a strong desire to come back for more. Through this product configuration approach, companies can also get a better understanding of what their customers need.

Kitchen interior businesses started investing in these new technologies/web applications to improve user experience. Do contact ColorWhistle anytime if you want to get a free technology consultation.

Here are the top 4 methods through which kitchen merchants can utilize their websites to bring these trends to life.

2D animation is widely used in advertisements, cartoon shows, websites, e-learning courses, engineering, etc. Since there are only two dimensions, the process of 2D configuration is easy and less time-consuming.

When will you need a 2D product configurator?

If you don’t want to invest in 3D and VR solutions, a 2D configurator is a good choice. It will give your customers a simple and intuitive ordering experience.

When displaying products on a kitchen website, a 3D product configurator allows customers to arrange a product before they buy it. For example, customers can view the product from any angle, personalize colors and more.

An online 3D product configurator enhances customer experience, brings real-time engagement and product exploration from every angle. This will help potential customers to know a great deal about the product and understand how it works. The 3D experience can be further enhanced if an Augmented Reality and Virtual Reality view is enabled to the product.

When will you need a 3D product configuration?

If you sell complex products such as heavy machinery or modular kitchen interior, you will have a lot to gain from a 3D configuration. It can give your products a 360-degree view and ensure that your customers get a full understanding of the features before they place an order.

Here is a real-time example of a 3D product configuration from Opun Planner.

Imagine, a real-world spectrum at one end and an immersive computer-generated simulation on the other end. This whole spectrum is known as Mixed Reality. In the middle of this spectrum is VR. It involves showing virtual objects in real-time at a physical space. By allowing virtuality to interact with real-world objects, the reality is literally being augmented.

In a VR environment, customers can examine the layout, interact with the product and verify the design before ordering the product.

When will you need a VR product configuration?

If you want the words modern, futuristic and cutting edge to be associated with your brand, Virtual Reality is the technology for you. It will allow customers to configure orders in a unique new way.

Take a look at this video to find out how VR experience is used in kitchen designing.

Augmented reality is solving many challenges in e-commerce, kitchen and furniture industry. It gives consumers the opportunity to test products from your online store in their home or work environment before making the purchase. This experience will help to eliminate the guesswork from the buying process.

When will you need an AR product configuration?

If you want to offer people access to real-time information about kitchen, furniture, historical places, education-based curriculums you can opt for AR. By using AR in your product, you can portray your brand as innovative and futuristic.

Take a look at this video to find out how AR experience is used in kitchen designing.

Similarly, when designing a kitchen, floor plans were used. It included measurements, furniture, appliances and anything else that is necessary for the plan.

With the development in computer graphics and allied technology, visualization has gone to a whole new level. AR and VR are yet to be explored more But, 3D visualization is used by engineers, architects, scientists and many other professionals to display their work.

Let’s take a look at the technology that brings 3D visualization to reality.

WebGL (Web Graphics Library) is a JavaScript API used for real-time rendering of 3D and 2D graphics in a browser. It is based on OpenGL ES, a software API that is used on embedded systems such as smartphones and tablets. WebGL is designed and maintained by the Khronos Group

WebGL is compatible with Firefox, Google Chrome, Opera, Safari, Internet Explorer and Microsoft Edge. However, the user’s device must have proper hardware that supports these features.

Earlier, Flash was used to create interactive applications. At that time, it was useful for teaching complex subjects easily. But now, it is outdated, unscalable and not supported by modern browsers. WebGL has replaced Flash and it is now being used to create intuitive tools with complex graphics and interactions.

Even though it is a tough language to grasp, JS libraries such as Babylon.js and Three.js make it more accessible. This technology is a merging skillset between traditional developers, game developers and VFX artists.

With WebGL as the base, companies like Google, Mozilla and Microsoft are exploring additional 3D technologies such as WebVR and WebAR. These companies are trying to figure out ways on how AR and VR can be a part of the future browsing experience.

In 2015, with the introduction of A-Frame, Mozilla made VR technology more accessible in a browser. A-Frame is a VR framework for Three.js which supports Vive, Rift, Daydream, Gear VR, Google Cardboard and desktop experiences. Likewise in AR, experimental apps (WebARonARKit and WebARonARCore) for iOS and Android are being created by using Three.ar.js.

Brands like PS4 UI is already powered by WebGL. The architecture, e-commerce and kitchen sectors are also making a sizable amount of investment in 3D to update their product visualization in real-time.

Future of Technology in Kitchen Websites

Today’s kitchen doesn’t look anything like it did a decade ago. Appliances are sleeker, materials are better and color palettes are broader.

We’ve seen many kitchen manufacturers using 3D technology on their websites. Down the line, many will start using AR and VR because it will take the guesswork out of the design selection.

Another scientific discipline called Human Factors & Ergonomics (HF&E) will also play a major role in the kitchen industry. It refers to the application of psychological and physiological principles in designing a product. According to Wikipedia, The field is a combination of numerous disciplines, such as psychology, sociology, engineering, biomechanics, industrial design, physiology, anthropometry, interaction design, visual design, user experience, and user interface design.

All in all, the technological future of the kitchen industry is BRIGHT!

How Can ColorWhistle Help to Implement These Technologies Into Your Kitchen Web Application?

Product configuration in kitchen websites/kitchen web application has many benefits. Here are some of the main advantages.

ColorWhistle is equipped with the creative talent and technical know-how to provide top-notch 2D and 3D product integration services for your kitchen website and kitchen interior applications. Web or mobile, our kitchen interior configuration will be optimized for each end device.

Our team can also help to create a power-packed kitchen solution from scratch, i.e from website design, website development to 3D configuration. Please note that we are yet to explore the VR and AR arena. Right now, our team specializes in 2D and 3D configuration.

We can also provide 2D and 3D product integration services to clients from diverse industries and business verticals. Our team will be your reliable partner who can cater to your most specific needs.

If you have any custom requirements contact us now and share the details. We would be delighted to hear from you. 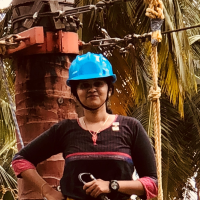