Google’s AngularJS is an open-source JavaScript framework for web application development. AngularJS can generate all the interactive components seen on a webpage. The framework’s primary goal is to aid in the development of single-page apps (SPA) as it emphasizes code quality and testability.

Gmail could be a classic example of SPA, i.e. when you click on a message in your inbox, the browser stays on the same webpage, but JavaScript code hides the inbox and brings the message body on screen. It may be also reasonable to call Google Spreadsheets a single-page document, based on the fact the page doesn’t reload when you click a different sheet within the same document.

Angular is equally popular over other frameworks available like React.js or Vue.js.

Developing an app based on Angular JS requires a clear separation of concerns about the front-end and back-end, thus independence is the most important term here. Once accomplished, the front and back end will be able to expand independently and operate in multiple environments.

A back-end solution, for example, may be used in a web, mobile, and desktop interface. A front-end solution can also operate with many back-end technologies. It’s a more lightweight alternative to RPC (Remote Procedure Calls), and Web Services (SOAP, WSDL, and others). It is based on a stateless, client-server, cacheable coprocessor.

PayPal, Udemy, Snapchat, Amazon, Netflix, and Gmail are just a few of the prominent websites and services that feature AngularJS.

PayPal offers a safe wallet mechanism for both senders and recipients to transfer cash. Both must create an account with PayPal and give information about credit, debit, or bank account that will be used if there is insufficient money in the PayPal wallet to fulfill a transaction. The account may only be accessed using an email address and a password.

Front-end: For the front-end, it leverages React, Node. js/Kraken, and AngularJS framework with JavaScript programming. PayPal supports payment options on the website, allowing customers to have a more customized and efficient checkout experience. PayPal was able to determine the best financing sources and buttons to offer purchasers with the help of customized integration that sent query and script parameters in JavaScript.

Backend: The backend tech stack is the server-side of software development that includes Java with the Spring Boot framework and REST, with Go and Scala+Akka as alternatives. PayPal has opted to utilize JavaScript for web applications from the browser to the backend server. PayPal’s backend tech stack uses the mix of Squbs, a reactive framework based on Akka, Visual Basic.NET (VB.NET), and MongoDB.

Upwork has pulled ahead by providing a flexible platform for freelancers across the world, including coders, authors, and web developers, connecting companies with competitively cost employees. The research begins by delving into the characteristics of the gig economy. The use of these findings might improve the chances of survival for new freelancers on Upwork.com and in the gig economy.

Cricbuzz is a cricket website that began as the world’s quickest ball-by-ball commentary for every major cricket match on the planet. Its commentary pace has already surpassed that of the live transmission of the event. In addition to commentary, the website has begun to produce its material, including features, write-ups, and up-to-date news from across the world.

Backend: Backend developers developed and maintained code that was efficient, reusable, and dependable. They provided ongoing maintenance, support, and upgrades in the existing systems and platforms. The backend developers also provided suggestions on how to enhance and maintain the quality, structure, and optimization of the code.

JetBlue is a low-cost airline based in the United States with the aim of inspiring humanity. J.D. Power placed it first in customer satisfaction among low-cost carriers, and Forbes named it one of the “Top 10 Best Places to Work” in the United States, as well as the top business in the transportation and logistics category.

JetBlue created a stack of best-in-class solutions using mParticle’s SDK as the foundation of their new mobile architecture, including:

Front-end: The front-end developers were able to obtain improved performance in terms of speed and processing with the help of Velocity.js and its enhanced animation engine. The developers were able to segment scripts and leverage namespaces with the help of SaaS and modular JavaScript. It’s a powerful processing system that uses variables, mix-ins, and calculations, as well as front-end, features like Flexbox and CSS animations and transforms.

Backend: JetBlue made use of backend resources such as SAP and Oracle, Microsoft SQL, MongoDB, and Micro Focus Load Runner. According to G2 Stack, the backend developers employed HTML5, Google Analytics, and jQuery among other technological products and services.

TrackingApp is a platform for shipping and other transportation businesses to track real-time movements of goods and users’ locations. They wanted to develop a full-stack mobile application for iOS and Android platforms to make available their clients with the following features:

Backend: To build a strong web application, the developers used MEAN and MongoDB for an extensive database. Some of the backend engagement features include:

Healthtrak is an online platform for patients to book appointments with their respective doctors. The application shows the recovery speed of patients’ illness or symptoms, and it allows doctors to view the patient queries, payment history, and the details of upcoming appointments.

Front-end: The developers designed a user-friendly application that can meet each requirement of the client. The basic front-end features of Healthtrak includes:

Backend: Although the backend development process by using MEAN technology is quite complicated, the developers were able to build an app with the support of AngularJS, Java, .NET, and Node.Js.

Crunchbase Enterprise allows Dialpad to augment its CRM accounts with important private company information such as firmographic data, financing, and more. In addition to providing more relevant and actionable information to Dialpad’s system, the data is immediately updated and uploaded to their marketing automation system that helps to reduce manual effort and make use of prospect tracking.

Front-end: The front-end developers designed effective interaction solutions for Crunchbase. They tried to simplify complicated procedures and assisted their clients in providing better goods and services to their consumers.

Back-end: The backend enabled developers and development teams to automate all deployment procedures. Their unique visualization, API, and console tools facilitated the development of backend applications and delivery of them in a matter of seconds on a server or group of servers.

TransferWise is an online money transfer service that claims to be both inexpensive and quick. The firm aims for openness and information accessibility, which is evident from the start on their home page. TransferWise makes international money transfers more efficient, quicker, and less expensive than conventional competitors in the market by utilizing a unique technological infrastructure.

Front-end: On the frontend, TransferWise makes extensive use of Java EE in conjunction with AngularJS, as well as React and the React-based NextJS. To bootstrap new services, create a custom Spring Initializer. The developers use Grunt, a construction system that automates the process. The tests are powered by Jasmine and Protractor, and they are performed by using Karma and PhantomJS. The Typescript is also used in some portions of the code.

Autodesk develops software for individuals. Autodesk has focused only on developing software for the world’s most important industries: construction, manufacturing, engineering, architecture, and entertainment. AutoCAD and Maya are two of Autodesk’s most well-known products. AutoCAD is a computer-aided design program that is mostly used in architecture and product design. Maya, on the other hand, is a sophisticated 3D computer graphics program. Users may use it to make animations, renders, models, and simulations all in one location.

Backend: The backend developers used Nodejs, PHP, and more to develop a powerful backend. They also incorporated REST APIs to test automation in a variety of backend technologies.

Front-end: The front-end developers developed and designed a competitive interactive web design. The front-end features of House Buyers of America include:

Backend: The developers used the AngularJS framework that helps them to integrate the best technologies. The significant features of the backend include:

AngularJS is a framework for developing dynamic web applications. It permits you to use HTML as your template language and extend HTML syntax to express the components of your application in a clear and straightforward way. Data binding and dependency injection in AngularJS decrease the amount of code that you have to write otherwise.

Angular may also be used to separate front-end and back-end functions. This separation enables front-end developers to design apps that pull data from reusable APIs and microservices.

With this curated list of case studies involving AngularJS in developing popular web applications, it is now of crucial importance to partner with the right web app development company that builds web apps that have essential features and advanced technologies.

As a matter of fact, you may consider ColorWhistle to build user-centric, fully-featured, and faster-functioning web apps for your business. Furthermore, we can find innovative solutions for verticals that include travel, hotel & restaurant, education, healthcare, real estate, etc.

Do you like to add any more web application case studies involving AngularJS that we missed on this curated list? Let us know in the comments section below. 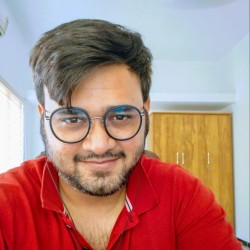 About the Author - Manav Gupta

Manav Gupta is a full-time CopyWriter at ColorWhistle, where he works to benefit both professionals & enthusiasts in the field of Digital Marketing, Branding & Web Development by creating engaging content. Prior to joining ColorWhistle, Manav was responsible for managing & executing content projects ranging from sales collateral to web content, ad copy to letters, business proposals to sales plans, and training manuals. A graduate of a reputed university, Manav holds an honors degree in Engineering. When not hard at work creating meaningful content, he enjoys perfecting his knowledge of music, playing cricket, and volunteering to build a carbon-neutral society.