Have you ever played with LEGO or any other block-building games?

Such games give oneself an opportunity to play without structure, to build and take apart as necessary. And when the blocks are a bit more sophisticated, as LEGO is, a broader range of things can be built.

Google wants developers to start off with the question – “What am I going to build today?” without having to worry about “What device do I want to target?”

Flutter has come to redefine the way professional development teams, individual developers, small businesses, startups work around building a native application across mobile, web, and desktop from a single codebase.

Things About Flutter That Will Interest You

So no matter where you want to run your apps – mobiles, laptops, tablets, wearables, TVs, and smart displays – Flutter will automatically optimize the code for you.

The UI toolkit uses the programming language of Dart. Flutter chose Dart as their preferred language to support its two critical features:

Further, Material (for Android) Design and Cupertino (iOS-styled) widgets are incorporated into comprehensive sets of controls for enhanced app UI. It not only looks and feels native but can also imitate the platform itself to behave naturally on any platform, even though you’re using the same codebase.

Below is the architectural layer diagram of Flutter.

You may refer to this article for a complete architectural overview of Flutter.

Flutter vs its Competitors: in a brief

Google has developed Flutter as an open-source UI framework that is designed to compete with the likes of Facebook’s React Native, Microsoft’s Xamarin.

What is React Native? React Native makes use of the Javascript framework to build interactive native mobile applications for both Android and iOS platforms.

What is Xamarin? Xamarin is an open-source, cross-platform application builder that uses .NET and C#. The robust platform is widely-used in an enterprise setting. Off late, it is only used to build web apps.

Some developers say that React Native components are pretty basic while Flutter offers a more comprehensive suite of widgets. Flutter even boasts more libraries and fewer native calls to the bridge.

Why Choose Flutter For App Development?

Split-second compiling for instant preview: The hot-reload functionality of Flutter enables developers to instantly look at the changes made to the code and adjust accordingly.

Access to original source code: Flutter has preferred an open-source framework, with a permissive BSD license. Thanks to the thriving ecosystem of third-party packages, it supplements the core library functionality, ie., the ability to alter the original source code to suit your requirement. (remember, widgets are the building blocks of flutter which makes it easy to code and create graphically intuitive apps)

For example, you can access the code for a predetermined button widget, ie., floatingactionbutton(). You can customize its shape, color, elevation for visual appearance, which otherwise would be impossible with iOS native app builders.

Flutter is not just popular for building mobile applications but is equally powerful for building web-based applications. The best example for this is The New York Times, and they are doing it on their crossword puzzle app – KenKen.

The New York Times is famous for its crossword and other puzzle games. Since avid puzzlers want to play on whatever device they’re using at the time, their development team was attracted to Flutter as a potential solution for their needs. Discovering that they could reach the web with the same code was a huge boon.

Rather than rewriting code for their puzzle app for every different platform, they can just write it once with Flutter.

Eric von Coelln, Executive Director of Puzzles at the New York Times has to say about their experiences with Flutter:

“The New York Times Crossword has more than 400,000 stand-alone subscriptions and is a daily ritual for puzzle solvers. Along with the Crossword, we’ve grown our portfolio of digital puzzles that reach more than two million solvers each month.

We were already beginning to explore Flutter as a potential solution to the challenge of quickly developing engaging, high-quality mobile experiences. Now the addition of being able to publish to the web makes Flutter an even more appealing option to quickly deploy across all of our user platforms. This update of our old Flash-based KenKen game into a multi-platform playable experience is something we’re excited to bring to our solvers this year.”

Reflectly is a Health monitoring app that was essentially built using React Native. However, the makers did not enjoy its Android version and decided to make a switch.

They found Flutter as a convenient platform. They “fell in love with the cross-platform consistency, near-instant stateful hot reloading, great tooling and high performance of the platform”.

The complete experience of Reflectly in shifting from React Native to Flutter is detailed here.

One of the world’s biggest e-commerce platforms decided to go in with Flutter for their mobile app development. They wanted an app that delivered beautiful graphics yet loaded fast. Flutter’s fast Frame Per Second (FPS) and sharp UI and navigation are some of the best things they needed.

Philips is the leading smart lighting solution. Its smart mobile application- Philips Hue is designed to let users control and create vibrant automated lighting solutions from the app itself.

Flutter’s platform helped them deliver an app with intuitive controls, one that would provide real-time sync for the smart lights to the media hub.

There are other popular applications such as Google Adwords, Google Fiber that are built using Flutter. Further, Flutter’s vibrant Developer Community is now 150,000+ strong and active on GitHub, google groups, stack overflow, discord, medium, and more.

There are very specific use cases where you may not want to use Flutter though.

Google is regularly releasing new updates, adding widgets and libraries to extend app features in the stable and beta channels of the Flutter framework.

And, to see what’s new in Flutter 2 itself, click here.

Here’s what Larry McKenzie, a senior developer at eBay had to say about Flutter:

“Flutter is fast! Features that once took us multiple days to implement can be finished in a single day. Many problems we used to spend a lot of time on, simply no longer occur. Our team can now focus on creating more polished user experiences and delivering functionality. Flutter is enabling us to exceed expectations!”

Summarising: When to Use Flutter

Since its launch in 2017, Flutter has not only gained immense popularity among developers, but it’s also catching on with businesses/marketers. As a developer, you save weeks of writing platform-specific code. As a business owner, you save time and money and get your product to market sooner.

Win-win in any case!

Even as Google is perfecting its new open-source operating system- Fuchsia OS, Flutter is on the right track to becoming the next big thing in native and hybrid app development.

ColorWhistle’s experience with Flutter is based on white-label partnerships with fellow digital agencies. We intend to utilize the benefits of Flutter for quick & cost-effective deployment of web apps & mobile apps for our existing & future clients. 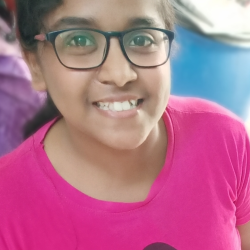 I'm a word-aholic copywriter at ColorWhistle sharing a special bond with digital marketing. I always love to write unique and creative content. For this, my research & consistent reading habits are bolstering me a lot. I always search for unique inspirations and write them all down to use in my blogs & content. And, few content writing tools serve as my big pillars of support. Other than reading & writing, my other two beloved pals are food & music. I do post blogs & articles frequently. To get regular updates, stay tuned with us!